“A Cut Above The Rest” 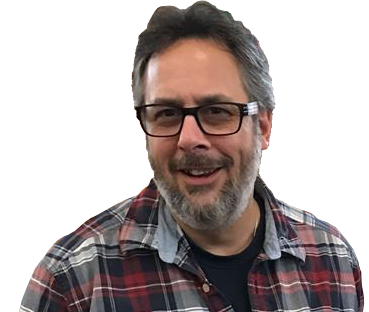 American Edge Corporation was founded by Jay Saldana in his basement in 1992 with $1,600. He used that money to purchase a small selection of knives from a bankruptcy sale. With tireless work and ambition, Jay, and his wife, Leah, built the business into what it is today. In 2003, Jay quit his part-time job to go into the knife business full-time. In 2005, American Edge was incorporated and continued to grow every year. In 2013, we moved from the basement of Jay’s home into our current location next door that houses a showroom, warehouse, workshop and offices in a 3,600 sq ft building…

American Edge Corporation was founded by Jay Saldana in his basement in 1992 with $1,600. He used that money to purchase a small selection of knives from a bankruptcy sale. With tireless work and ambition, Jay, and his wife, Leah, built the business into what it is today. In 2003, Jay quit his part-time job to go into the knife business full-time. In 2005, American Edge was incorporated and continued to grow every year. In 2013, we moved from the basement of Jay’s home into our current location next door that houses a showroom, warehouse, workshop and offices in a 3,600 sq ft building. In that same year, we also made the switch from jaysknives.com to americanedgeknives.com in a rebrand to be more inline with our business name, as well as the changing times. Over the years, our selection and love of knives has grown dramatically to include knives of all types; both new production and vintage collectibles. I, Jordan Saldana (Jay’s Son) had the privilege of growing up in the knife business and learning all about it from my dad. As a kid, I always traveled along with him to the trade shows, and my passion for knives grew as I did. After a few years of part-time work during my high school years, I chose to come on full-time as the Operations Manager when I graduated in 2010. I am so glad that I did, and I am grateful for the time I had to work in this business with my dad. When he passed away in 2018, my wife, LeNeigh, and I purchased the business, and together, we run all of the aspects of American Edge. We are both so proud to carry on my father’s legacy, and we hope to pass it on to the next generation when our time is done.

HISTORY OF AMERICAN EDGE as told by the Founder, Jay :

“Still the proprietor after 21 years, I, Jay Saldana, formed the business American Edge (originally a sole proprietorship) after being laid off for 10 months with no great job prospects. It all began when I signed up for school in the sales marketing program so that I could start my own business. I made this decision because I had worked several jobs where there was promise of more money and no follow through. I figured that I couldn't do any worse. During school, I had to have a part time job, preferably in the sales.So, I answered an ad for Vector Marketing, the sales arm of the Alcas Corp., who make the high-quality, American-made, Cutco kitchen cutlery. I was guaranteed a large amount of money if I did the required number of sales calls. Unfortunately, Vector would call my potential customers and disqualify the appointment if they answered a question different than they thought they should. While the job wasn’t all that I was promised, I did learn quite a bit about sales and that the cutlery industry intrigued me. Shortly after, and I’m not sure why, a list of knives from a bankruptcy sale for The Cutlery World was sent to me. At this time, I had $1600 already set aside for a business start up. Instead, I took the money and bought a bunch of the coolest knives off of the list, and started selling them. I thought that maybe if my Vector sales leads did not want or need an expensive cutlery set, they may want a pocket or hunting knife. Then, I started to get creative. I put a display together and started selling my knives at motorcycle shows because I am an avid motorcycle enthusiast. This was all during my time in school.

After I finished my first 9 months at the St. Cloud Technical College, I applied for and received a Minnesota sales tax number for myself. It was then that I started a DBA account to do business as the American Edge, a sole proprietorship set up July 1, 1992, just a few short months after my first child, Jordan, was born. My first show on the books was just a few days later in Runnels, Iowa over Fourth of July. I had gone into the business knowing that the biggest part of growth comes from being present. While I might not sell to someone today or tomorrow, the longer that I’m there, the better chance that I would have of selling them something sooner or later.

When I began college, I had originally thought about having a website. I had signed up for 7:00am computer class to help me with it, but found it was hard for this night owl, so I struggled to pass the class with a C- (the worst grade I had gotten since going back to school!) While that C- was not great, my grade point average was still 3.75 my first year, and I am quite proud of that because I had never done that well in all of my prior schooling. At that point in time, I was doing shows to make money and thought, “Who needs the internet anyways?” So instead, I traveled for 10 years and went to trade shows- doing from 25 to as many as 35 shows a year!

Through the personal connections and lifelong friends that I had gained through the trade shows, I continually grew my business every year, and I had learned quite a bit in the process. It wasn’t until about seven years in that I finally bought a home computer and revisited the thought of starting a website. So I did some research and was approached by a company that offered to build a website with free, lifetime hosting for a fair deal. Little did I know, when they said they would build the site, they really meant that they would put whatever I sent them on the website. This led to a year of my site, buyknives4u.com, coming up “under construction.” I thought that having my own site was going to be cool until I received a letter saying the company who was building my website, was filing bankruptcy. They gave me the option to keep my domain name, but it was going cost more money- more money than I could afford. After that experience, I was a little gun shy. Then, it dawned on me. I remembered that there was a man, Jon, who would show up at the trade shows, and continually offer to build a website for me. Jon did not have much couth, but he was persistent. Eventually, Jon showed me his work and his database of how he started helping this other guy make sales. The website that Jon had made, started with sales here and there, and before he knew it, the website owner was over $100 thousand in sales in a year! I thought, “Wow! If he can help that guy, he has to be able to help me too!” After we bartered over the price for a while, the new website, jaysknives.com, was begun at the end of April 2002 and went live in 2003. After Jon had begun his work in 2002, I went home to prepare for a motorcycle trip to the west coast with my long time friend, Vern.” 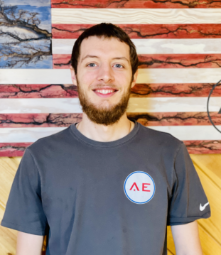 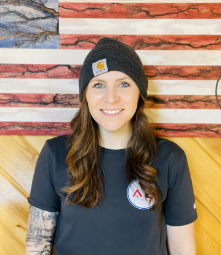 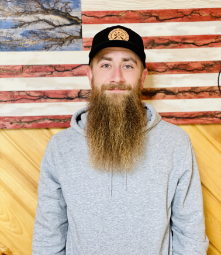 Meet Jordan Saldana, one of the owners and CEO of American Edge. Jordan had the privilege of growing up in the knife business and learning all about it from his dad and founder of American Edge, Jay Saldana. As a kid, Jordan traveled along with Jay to trade shows, where his passion for knives grew as he did. After a few years of part-time work during his high school years, Jordan chose to come on full-time as the Operations Manager when he graduated in 2010. When Jay passed away in 2018, Jordan and his wife, LeNeigh, joined forces to run all aspects of American Edge. Jordan is proud to carry on his father’s legacy, and he hops to pass it on to the next generation when his time is done.

Jordan has lived in the same area in Minnesota his entire life. Jordan and his wife, LeNeigh, are high school sweethearts who have been married for eight years and have 4 beautiful daughters. In his spare time, Jordan enjoys relaxing at home, watching shows or movies, playing cards, spending time with friends, and traveling to see the sites.

Meet LeNeigh Saldana, one of the owners of American Edge. Before joining the team, LeNeigh worked in the customer service industry, providing top-notch customer care in an upscale salon. LeNeigh’s loyalty and determination to grow the salon’s business made her the perfect fit to help grow the family business after the founder of American Edge and her father-in-law, Jay, passed away. With LeNeigh’s help, not only have our online sales grown through our social media campaigns, but she has gotten us involved in different, local networking groups- bringing in more and more local business! Her bright and outspoken personality continues to help our business grow. LeNeigh currently runs our office, shipping department, and our social media.

LeNeigh and Jordan are high school sweethearts who have been married for eight years and have 4 beautiful daughters. LeNeigh enjoys social gatherings with friends, sitting by the pool or lake, watching movies with her kids, and listening to sermons.

Meet David Kozitka, the custom mod shop manager at American Edge. Dave has worked in the construction field for the past ten years; the last seven of those years being specifically in concrete. Dave grew up hunting and spending time with hands-on building activities. His love for knives in combination with his schooling in digital design and animation, made him the perfect match for American Edge. Dave uses his creativity in a way that encompasses his deep love for EDC gear. Knart (Knife Art) is his outlet. He is your man for knife customizations.

Dave has lived in Minnesota for all of his life, minus one year out in Las Vegas. He is engaged to Brittany and has a ten-year-old son. Dave is very hard-working, determined, creative, and outgoing. His hobbies include watching King of the Hill, rock collecting and hunting (agates, primarily), spending time with family and his dog, Lotus, eating worldly food, and getting sunshine.

Current main EDC: Midgard-Messer Viking (one of his “grail” knives)

Come visit our beautiful showroom just north of St. Cloud, MN right off of Hwy 10. We have 25+ displays with well over 5,000 knives on hand in store from many of your favorite brands. Our selection is always growing and we pride ourselves on having the biggest assortment of knives in Minnesota. From knives of all types, Gear, Tools, Merch, to offering professional knife services, such as sharpening, customization, and some cleaning/repair services, we’ve got something for everyone! 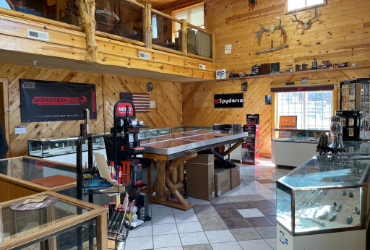 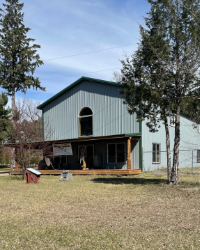 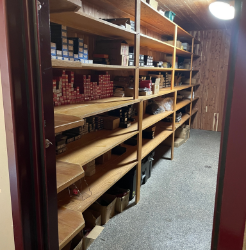